Playing in the theatre play Tast 2 for personlig betjening (Press 2 for Personal Service) in Bastarden at Huset in Magstræde. The play is produced by MOST Theatre Production, who is Morten Dahl Lützhøft and Steffen Rosenkjær Kristiansen.

How do you escape from loneliness? This is the theme in this play of the 4 ordinary people Amalie, Christine, Nicolai and John. Press 2 for Personal Service is the story of unhappy fates, each and every drawn deep into loneliness basically without knowing it.

The two best girlfriends, Amalie and Christine are working at the same office - but their relationship is probably not as clear as they might think. They get daily invites to go out from the mid-life crisis struck John, who soon realizes that something must be done to get out of his loneliness and back to youth. Nicolai, who is hopelessly in love with Amalie, must soon realize that in Amalie's world there are more important things than him. They all continue their lives undisturbed, but the consequences of loneliness is rapidly catching up on them.

The play is written and directed by Morten Dahl Lützhøft. 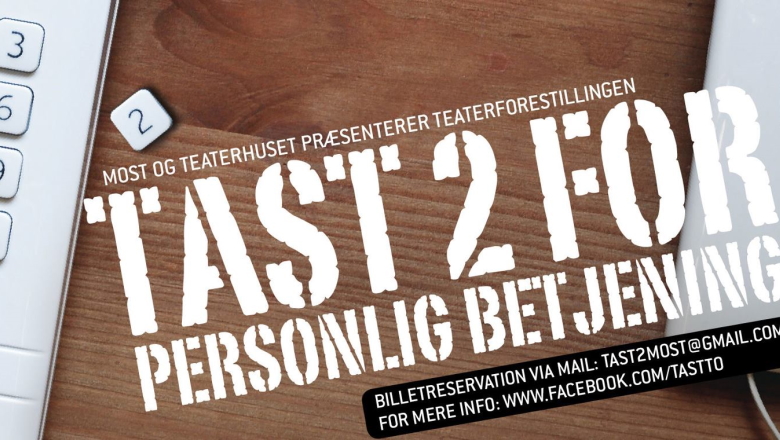 Impro Boot Camp Show tonight together with the other participants from Pernille Sørensen's Impro Boot Camp at the Open Café Evening arranged by DSF Studio (The Danish Actors Association).

Participating in this year's Theatre Audition for professional actors organized by Scenekunstnetværket Region Midtjylland (The Regional Theatre Network) and The Danish Actors Association and is taking place at Godsbanen in Aarhus.

This time I perform with a self composed monologue Unprepared - about not being prepared for an audition.

Doing three Illustrative Plays together with ACT! in front of administrative staff at a company over the theme service.

Performing tonight together with Trine Runge and Poul Storm the improvised performance INTERRORGATION 2 at Forsøgsstationen. This time we will try to involve the audience as co-interrogators. 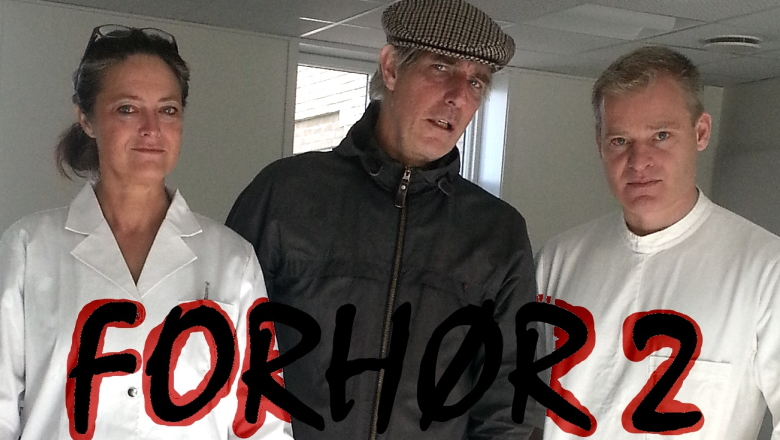 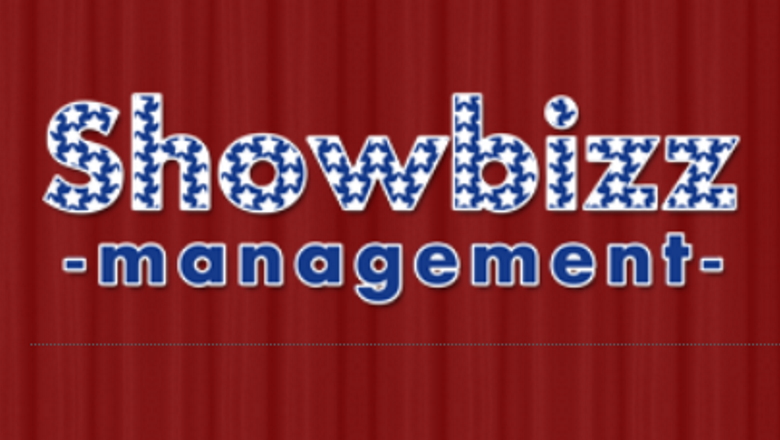 Doing a music video for the band Rum 37 and their song called De Stærke (The Strong).

Directed by Esben Blaakilde and produced by Sander Schwartz from Tadaa Film. 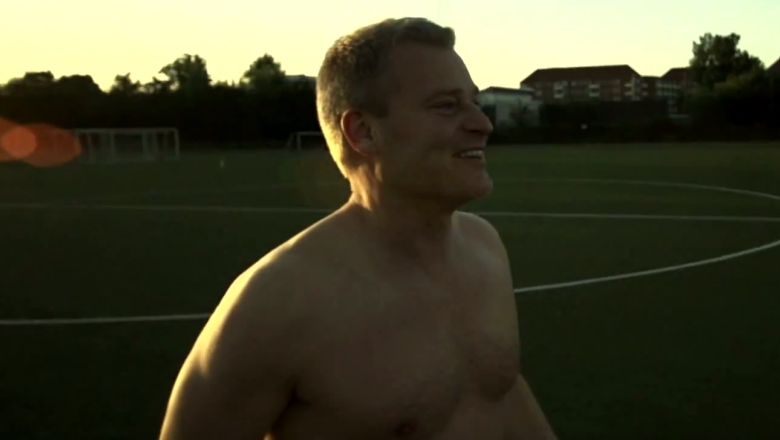 Undercover assignment as a potential customer from GreatLiving.com making his presentation at a meeting for the top management at the logistics company Bring. The task was to create a virtual character with his own company to come and provoke the participants to get them to think out of the box.

"We used Jan as an actor where he played a demanding and strange customer for our top management. The goal was to get people to think out of the box. This was a difficult task with the regard to the set-up. He was very much into the creating of the concept and the result turned out very well. He was very easy working always with a balance and perspectives. Best recommendations." 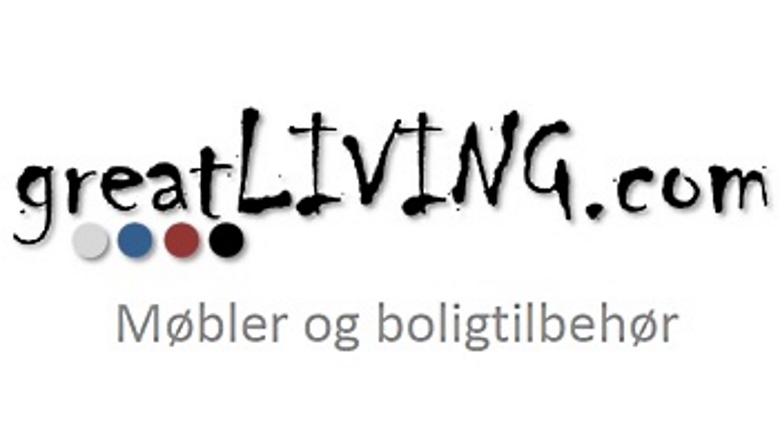 Performing as Hans Christian Andersen at a large private birthday party and reading the fairy tale The Snail and the Rosebush. 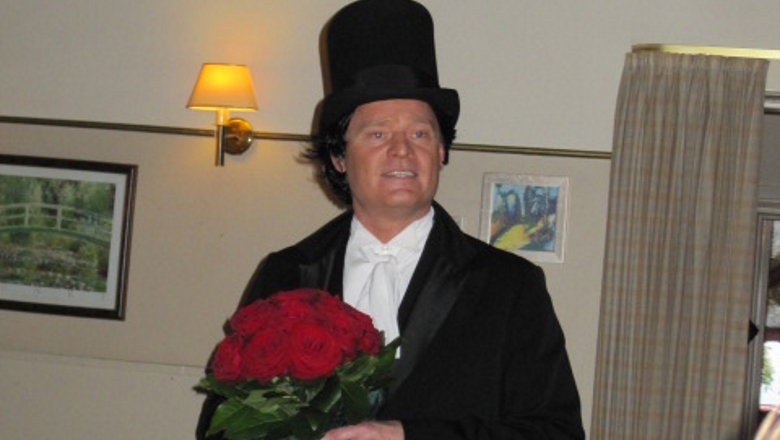 Doing a job along with two fellow actors as kickstarter and inspiration for the staging of six small plays at a corporate event for a large Danish pharmaceutical company. The themes are the company's behavioral models and the plays are developed with inspiration from the movie Braveheart.

"Thank you so much for your great participation in our event. You helped us making it a huge success. All six groups made ​​outstanding performances on stage - wish you had been there." 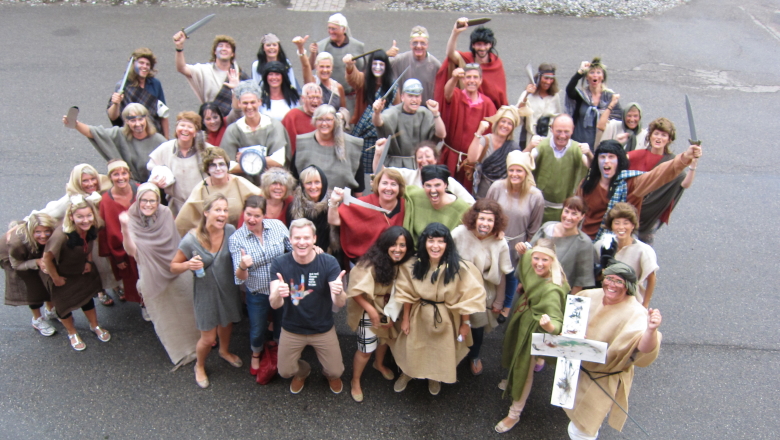 Playing a sadistic Home Helper in Deniz Eroglu's short film trilogy The Bedridden Triptych. The trilogy will be a part of this years CPH:DOX.

Deniz is finishing his Master at the Art Academy Städelschule in Frankfurt.

Morten Jensen is producer on the film.

Watch an excerpt of the movie here. 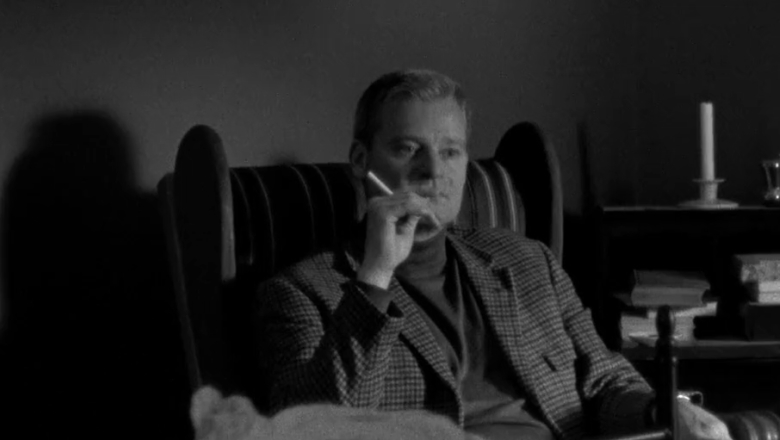 Job for Alectia in One to One training training Well Being Ambassadors in promoting Well Being Priorities in their respective companies. This time for a company in Espergærde.

Playing the doctor in the short film Pomme D'amour.

The film is written and directed by Magnus Jönsson and is a final test at the Film and Television Production program at Copenhagen Technical College. 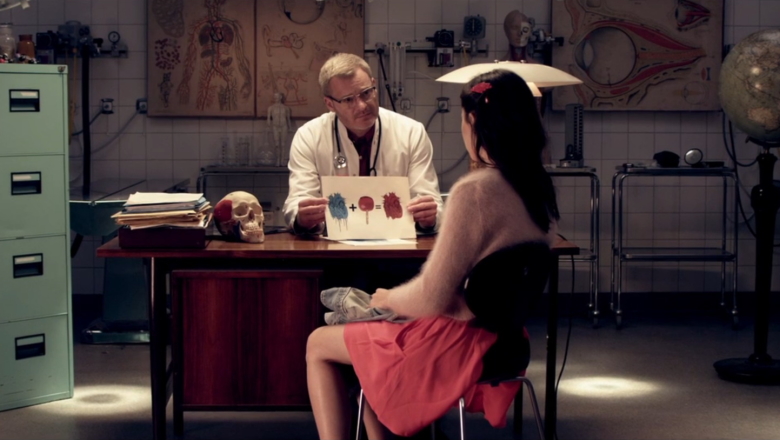 Playing the male lead as the professor in the science fiction short film Den Sjette Dag (The Sixth Day).

The film is mainly shot on green screen and contains music and lyrics by the Danish rap group Suspekt. 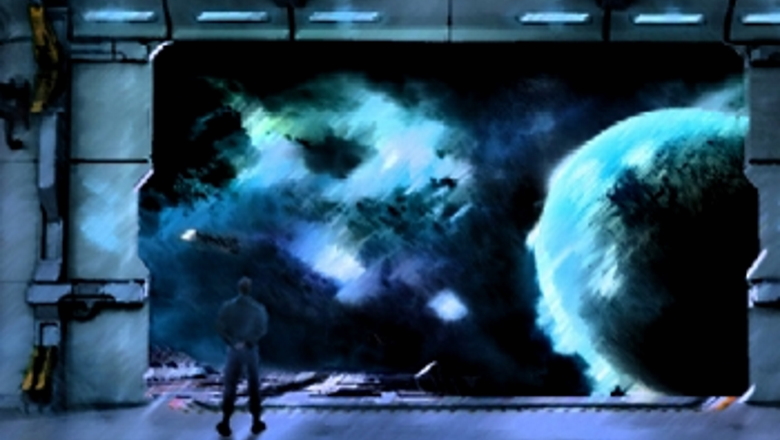 Conferencier at the Copenhagen premiere of Definitely Dead - a short film western made ​​by Lonetower Visuals.

The premiere is held at Filmhuset - Det Danske Filminstitut and begins with the sreening of two other Lonetower Visuals short films - including Mors Dag (Mother's Day). See more here.

Shooting a pilot with the title Balder together with a group from Year No7 at the Super16 Film School. 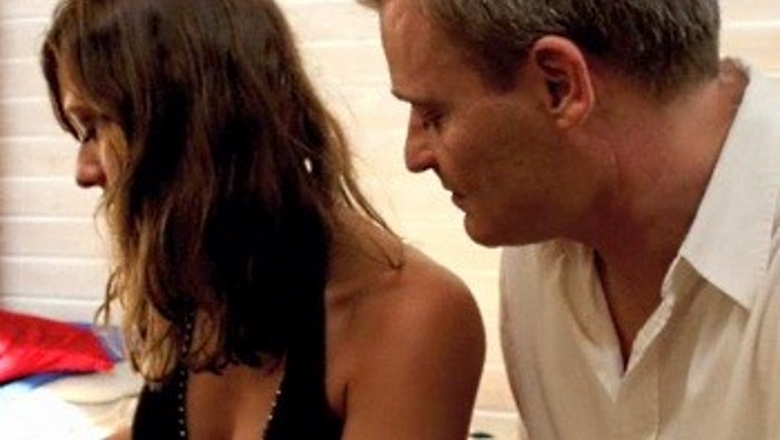 Today the DVD Supernatural Tales including the zombie short film Mors Dag (Mother's Day) and a bunch of other horror short films produced in Denmark is released. See more here. 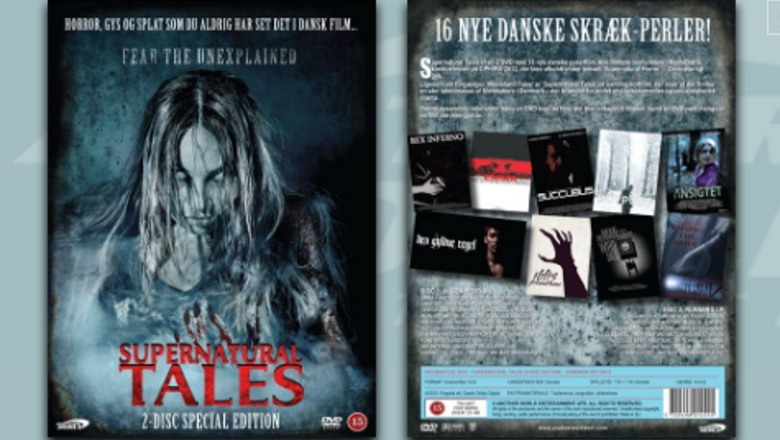 Pedigree has decided to rerun the commercial film "Oral Health Month" that we made for TV last year. See more here. 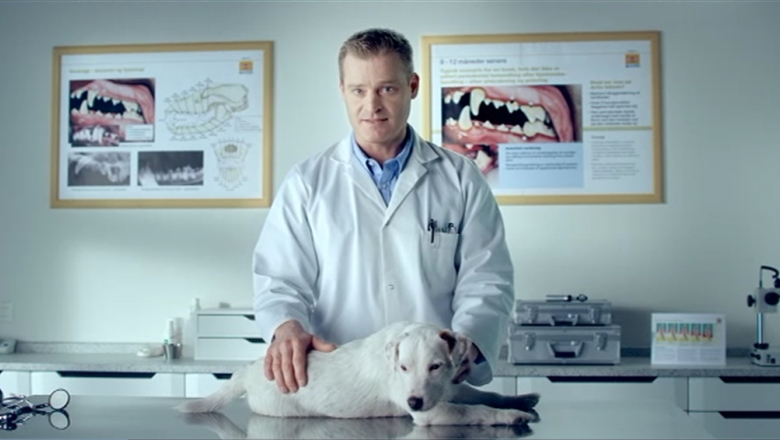 Playing a man in a music video made on Bornholm for Sebastian Oscar.

His song is called Miss Sunshine and is directed by Daniel Mühlendorph and produced together with Rasmus Kahlen.

Today I participate in a Casting Presentation for Directors and Casting Directors from the Danish Film and TV Industry, organized by- and taking place at Carmohn Studio.

I will be doing the opening scene from the movie Burn After Reading - in the film played by John Malkovich. 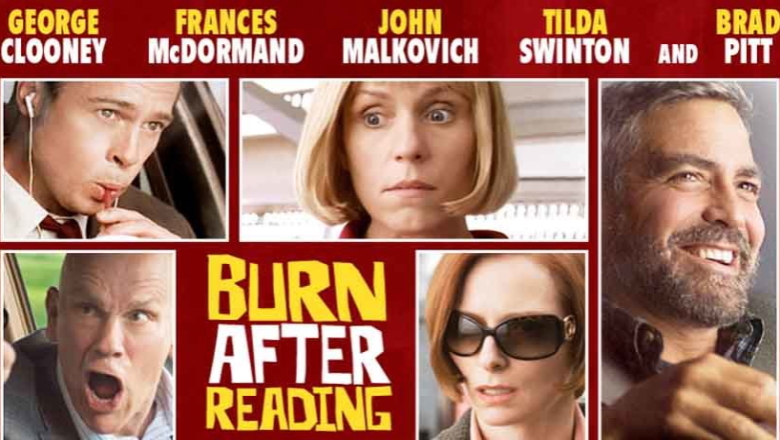 Today I participate in a Casting Presentation for Directors and Casting Directors from the Danish Film and TV Industry, organized by the Danish Actors Association and taking place at Den Danske Filmskole.

I will be doing the opening scene from the movie Burn After Reading - in the film played by John Malkovich.

Playing a rather sleazy nightclub owner in the short film Under Overfladen (Under the Surface) - directed by Mathias Folker-Schiller and produced by Anne Haugbølle Thomsen from Station Next in Aarhus.

This is their third year graduation film. See the movie here. 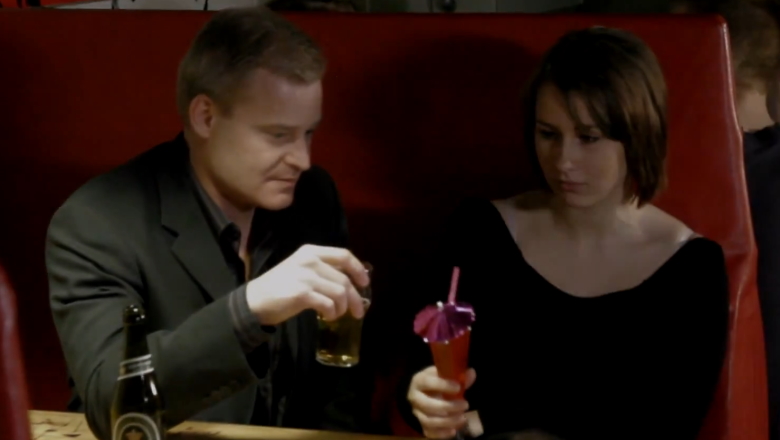 Conferencier together with my colleague Steffen Nielsen at the Aarhus premiere of Definitely Dead - a short film western made ​​by Lonetower Visuals. The premiere is held at BioCity Aarhus and begins with the sreening of two other Lonetower Visuals short films - including Mors Dag (Mother's Day). See more here.

Acting in the satire short film Jesus Resurrected as Saint Peter. Directed by Mads Koudal and produced by Half Past Original.

Together with Trine Runge and Poul Storm we are performing the improvised performance INTERRORGATION for the first time at Forsøgsstationen.
INTERRORGATION is based on Quizoola! by Forced Entertainment, which Trine and I saw at the Theatre festival in Krakow last autumn. 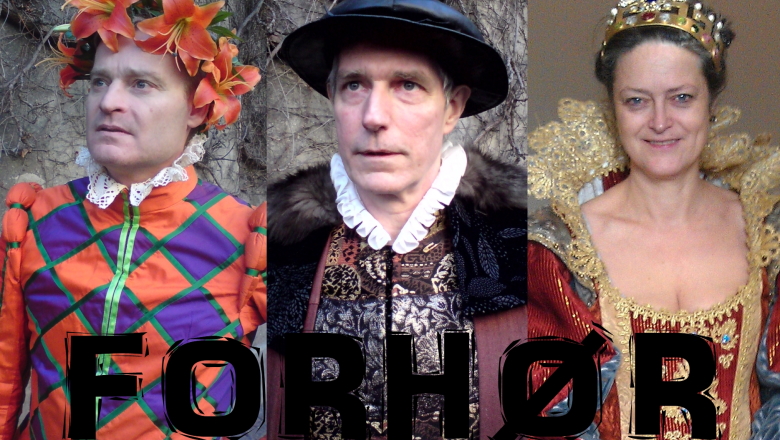 Doing some entertainment at a larger company celebration dressed up as a policeman.

Job for Alectia, who recently has taken over Healthy Company, in One to One training training Health Ambassadors in promoting Health Priorities in their respective companies. This time for a company in Holstebro.